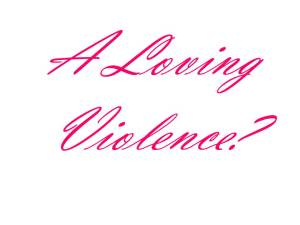 Nation News Barbados begins its its story about a man who shot a woman in her head, leaving her blind in one eye with “MICHAEL GODDARD knows how it feels to love so strongly that you are pushed to the limits to commit the ultimate crime.”

The story goes on to say that he attributes his premeditated violence against his former girlfriend to “lack of communication from both of us”.

That a man could seek to have his partner share in the responsibility of waylaying and attempting to execute her demonstrates what  researchers in the Caribbean and elsewhere have documented: that in talking about their violence against women, men who commit acts of violence often distance themselves from the violence, refuse to take responsibility and hold their partners responsible for the violence (and are particularly silent on the sexual violence they commit). For example, researcher Raquel Sukhu of Trinidad & Tobago concludes

In all cases, the men presented negative assessments of their female partners, and women in general, and where isolated incidents of physical abuse were acknowledged, the women were blamed, the extent of injury minimized, and men’s responsibility denied or the violence was justified by her prior actions. I concluded that each one was violent, despite their protests and denials, as a result of triangulation of sources of data and methods of data collection. The men demonstrated, despite their claims to ‘‘not thinking’’ and ‘‘not remembering,’’ the intention to cause harm to their partners and engaged in goal-oriented violence. Typically, incidents of violence are characterized by the men as accidents, happening in the heat of the moment, and not intended to cause harm. Simultaneously,
however, these incidents are seen as justified in light of the actions of the woman. While it was difficult to obtain admissions of specific incidents of violence from the men, their overall accounts reflected this feeling of justification of their actions as we will clearly see in the excerpts.

In another recent story from Guyana, a 19 year-old man was killed by his 38-year-old step uncle who also attacked and injured the young man’s girlfriend.  This story was also framed by the media as a love story. While the article itself suggests that the young man was in fact stalked by his step uncle, previously attacked by him and possibly sexually abused  the report still referred to the relationship as “a love affair” and the victim as the “lover” of the man who killed him.

Both reports use love and jealousy as a rationale for murder as does Goddard in his interview. The media’s recourse to a love story framing suggests that this is a logic that is shared by or at least intelligible to the public.  Love and violence go hand in hand. “Love” allows men who commit violence to distance themselves from that violence and hold their partners responsible for it.

Often when domestic violence is talked about you hear very little about love beyond the oft-repeated “some women believe that if he don’t beat me he don’t love me.” Perhaps we need to examine love more closely and figure out just why our understanding of love encompasses ownership, violence and coercion. What role does “love” play in child sexual abuse and early sexual initiation in the Caribbean? What  do we mean by love and do women and men, boys and girls have different understandings of love? What is the relationship between love and relations of power based on gender, age etc? Is love itself  a relation of power?